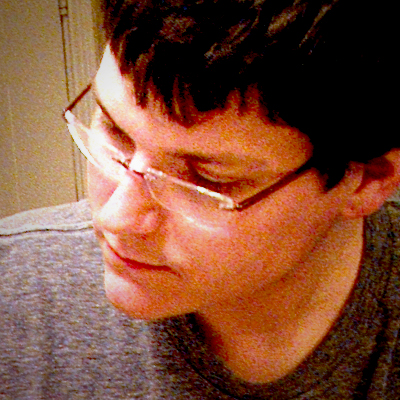 I’m a developer with a background in design.

I’m a web developer with a background in design. Additionally, I’ve done a bit of public speaking where I’ve been a proponent of such topics as: HTML5, Sass, web standards and design in the browser. Beyond the web, I’ve worked on a wide range of projects from print to mobile apps.

Responsible for ensuring the team’s compliance with J.B. Hunt’s architectural standards while contributing to bringing new technology to the organization. Provided technical leadership to the team and others through coaching and mentorship. Acted as a technical consultant to the team’s management by leveraging technical and domain knowledge to answer questions.

Using React to craft the face of the company. Responsible for building the product’s web interface as well as the company’s website. Expected to find just the right balance of speed and craftsmanship to bring a best in class product to market.

Responsible for managing work and coordinating the efforts of a team of developers. This included creating task lists and protecting project budgets. Also, developed highly complex sites and applications. Responsibilities extended to architecting solutions on complex projects from requirements gathering to data model to implementation.

Primarily worked on front end development. Built single page apps with Angular, prototyped with static site generators and crafted custom interfaces for content management systems of many flavors both php and .net based.

Established and implemented a stable and usable content management strategy. Migrated thousands of pages of content into Drupal from a mix of MODX and handwritten static html pages.

Additionally, I developed a Rails app to enable easy generation of html email newsletters by writers that were not familiar with writing markup.

In charge of developing and enforcing the Linxter brand, while working to strike a balance between form and function on various products. Generally found on the frontline of creating apps: brainstorming features, working out information architecture, visually laying out solutions and even writing some copy.

Responsibilities often extended into the development pipeline. Not only designed the marketing sites established to promote products, but also developed and maintained them. Additionally, spread brand awareness by speaking at many developer conferences and hosting a developer centric podcast for over 3 years.

Worked as an inhouse Web Designer for an online health and wellness company. While there, used Photoshop, Fireworks, ImageReady and Dreamweaver to create for both web and print.

Designed and developed web sites for clients including university departments, programs and offices. Expected to be proficient in Photoshop, Dreamweaver, Flash and Acrobat. Strong graphic design and technical skills were required. The ability to develop successful relationships with clients was also crucial.